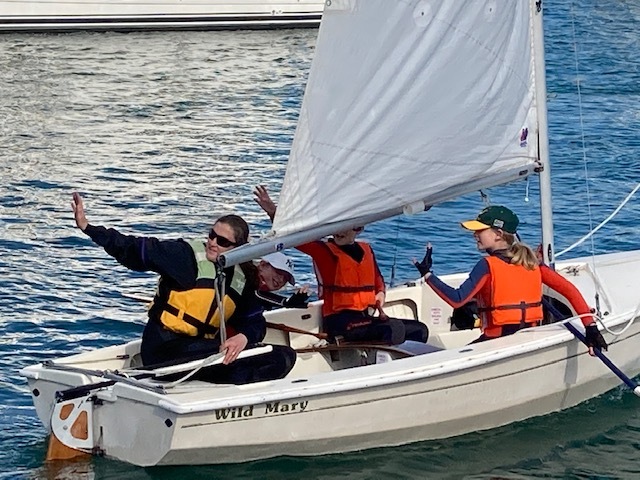 The Swallows and Amazons 2022 adventure began on Saturday with blue skies and a gentle Westerly breeze. Seventeen dinghies and 28 children with accompanying adults in some of the dinghies set sail early in the morning in order to catch the favourable tide. With the following wind they reached Newtown in an hour and a half. Once in the creek, some children elected to carry on sailing and exploring the harbour. On land, parents had set up the camp site and had organised a number of games, including 'Tug of War' to keep the children occupied until the evening BBQ. Games continued into the evening, including 'Spotlight', when the children had to reach an objective without being heard, otherwise torch light would pick them up and they would be sent back to the beginning to start again.

Then the weather changed - thunder, lightning and rain probably kept some awake during the night. The morning dawned with grey skies, a strong Easterly wind and more rain. Despite this, morale was high and many smiles and laughter could be heard. The Bosun decided that the fleet would sail back as the wind and tide were working together. It did test the skills of some, and and a number of capsizes occurred. Some of the smaller children were taken aboard the rib and transferred to 'Overture 11', Tom Bignell's yacht to keep warm. Once out into the Solent the wind seemed to drop, though this was probably due to the tide and wind working together.

All in all it was a weekend of two contrasting sails - offering some good Solent sailing experience to our younger and not so young members! Despite the rain, the general feeling was that it had been a very enjoyable weekend and well worth all the effort that goes into it. A huge thank you to all the members involved. Photos: Stef Wagstaff. 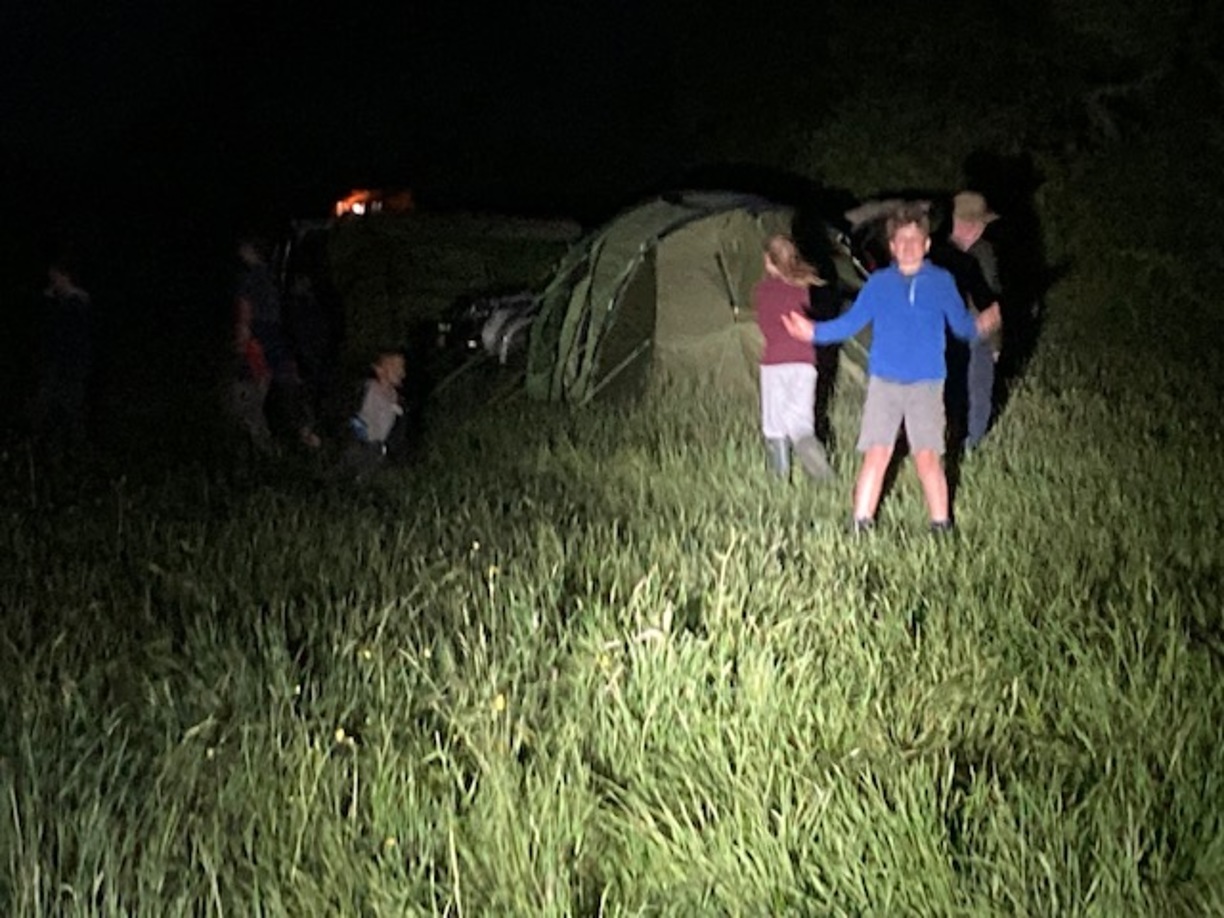 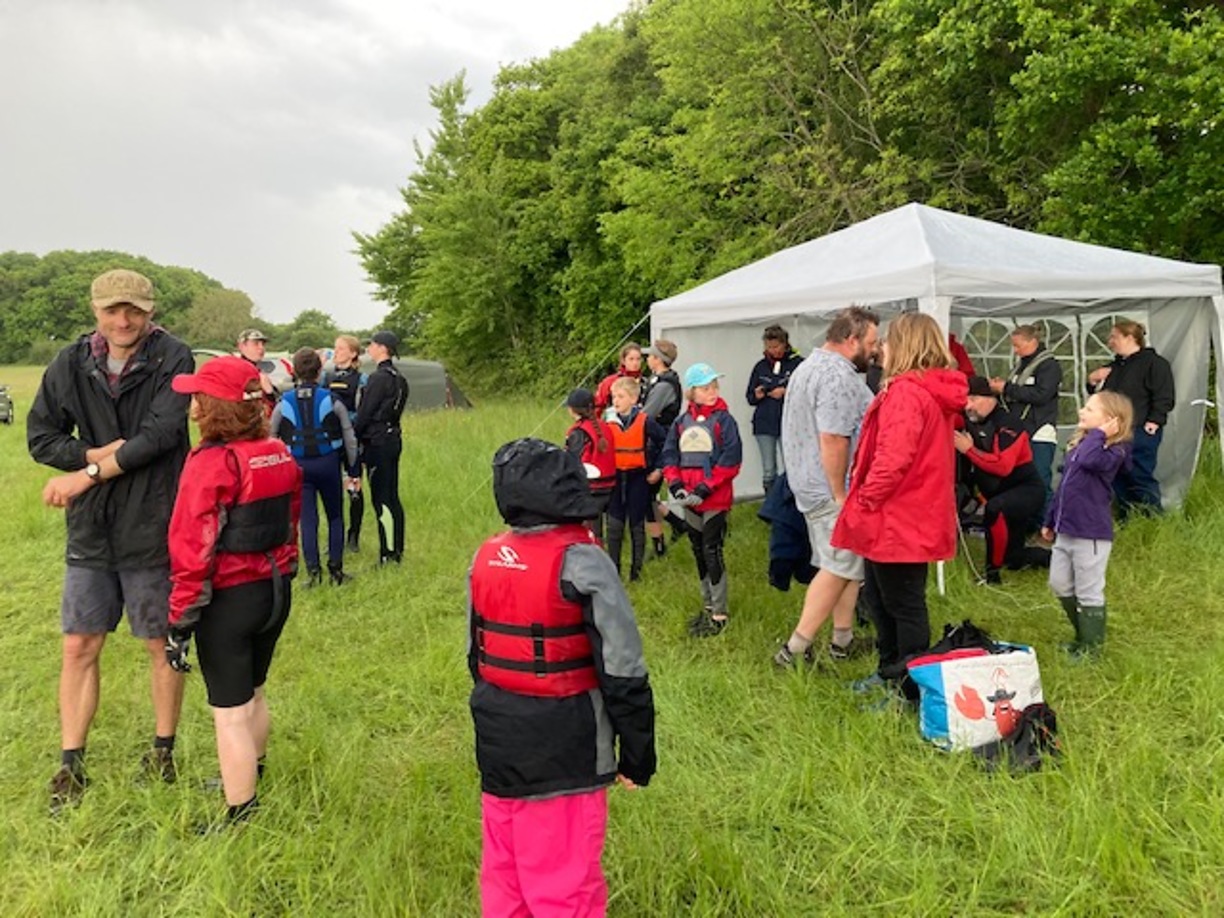 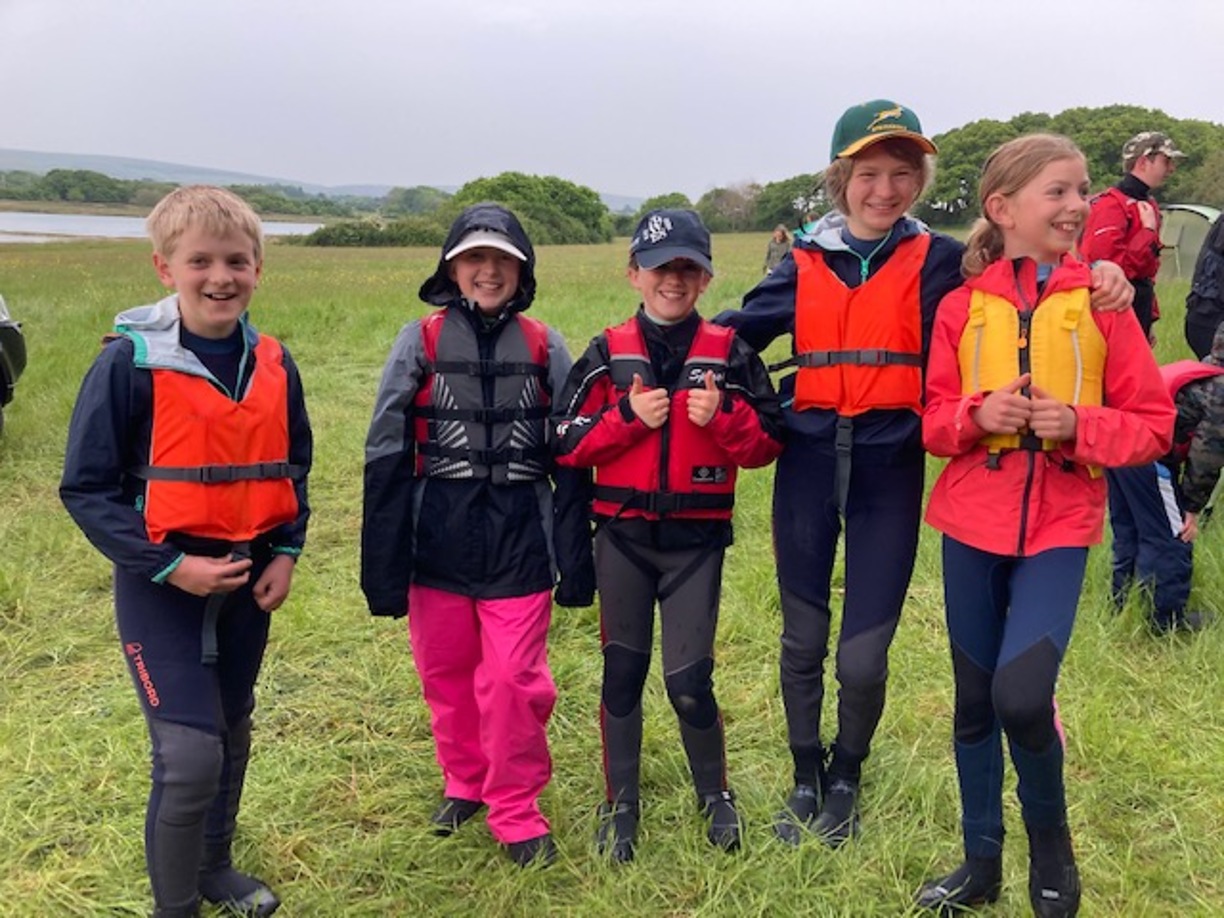